During a recent webinar on workplace culture, the presenter paused and asked the assembled business executives: “How many people just said in their head, “Oh my god, those millennials?”

Complaining about the younger generation is a sport that stretches back as far as Socrates, who took 5th century youth to task for bad manners and disrespect. But there is no question that millennials – the 18- to 34-year-olds who are now the largest workforce in the U.S. – are changing the way we do business.

One major change is that millennials are forcing businesses to think about their workplace culture.

“Every organization we talk to is worried about how to attract millennials,” said Maddie Grant, a founding partner of the workplace consultancy WorkXO. “If they are not happy they will move on.”

Although job-hopping is as much an outcome of their age – Maddie noted that all young people change employment frequently – as it is a generational trend, millennials do bring a number of distinct expectations to the workplace. And they have the power to make demands. There simply aren’t enough Gen Xers to replace retiring baby boomers, which means that businesses are now scrambling to recruit and retain millennials for everything from entry-level work to executive positions.

As a group, millennials view their work as a key part of their life, and they want it to be meaningful. They are used to being treated as equals by adults and they don’t care much for hierarchy. And as the “participation trophy” generation, they expect a constant stream of feedback and are in a hurry for success.

These expectations can drive their seniors crazy, Maddie said.

“The biggest challenge is the sense of having jumped through all the hoops to get to where I am as a boomer. I paid my dues, I did the time... And it was hard to get to where I am. And now I have these millennial staff that want to be where I am and they’ve been here three days,” she said. “That is actually a very hard pill to swallow.”

But the flip side is that millennials bring an optimistic, can-do attitude that fosters innovation. They are used to quickly accessing information, expertise and even experts themselves via the Internet and social media, and as a result millennials are ready to dive in and learn. “There’s no ‘I don’t know.’ There’s only, ‘I don’t know yet,’ ” she said.

What does your culture say to millennials?

Millennials also care deeply about authenticity, as we noted in a blog post earlier this month. They are practiced at seeing through spin. And they expect transparency. They are likely to look your company up on Glassdoor before deciding whether or not to apply for a job (and are just as likely to submit a review when they quit).

In her recent book When Millennials Take Over (co-authored with Jamie Notter), Maddie notes that most organizational cultures are accidental rather than on purpose. Businesses become so focused on running the business that they relegate “culture” to wordsmithing core values during the occasional off-site retreat.

But the importance of culture is something that is now recognized by CEOs worldwide. In late 2015, Columbia Business School released the results of a survey of 2,000 business leaders. Nearly 80 percent said culture was among the top five things that make their company valuable, and more than 50 percent said culture influences productivity, creativity, profitability, firm value and growth rates. But only 15 percent said their own corporate culture was exactly where it needed to be.

And that is something millennials will change, whether the boomers like it or not.

Sara Isaac is director of behavior change marketing at Marketing for Change. 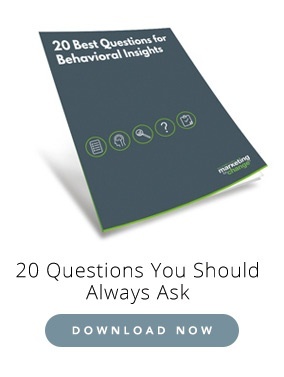