The reality is people think a lot less than they think they think. As I mentioned in a previous post, more often we are driven not by our rational thought but rather our gut and our emotion. What psychologist Daniel Kahneman has dubbed “System 1” or non-conscious, intuitive or emotional thinking drives 95% of decision making while “System 2” or conscious, rational or intentional thinking only accounts for 5% of our thinking.

So how do we more effectively design to tap into this gut feeling? This emotion? This non-conscious? It’s actually quite simple.

A good example Rod Connors, Co-founder of System 1 Creative Agency, used at the recent IIEX forum was these two cell phone ads – both promoting the quality of their camera. Rational thinking would suggest an ad making the best-camera claim, much like this ad by Sony:

But if you show (not tell), you tap into emotion, like this iPhone ad:

So selling stuff is one thing. Changing behavior is different. It’s not a choice between two products; it’s about whether you change what you already do. Let’s take the example of discouraging sugary drinks. The rational reason is very simple -- too much sugar. And this classic New York City Health Department ad does a wonderful job of making that point:

But what if we harnessed System 1 thinking by mining some of the unconscious reasons we do what we do. For example, although few of us will ever admit it in a focus group, we do things to show what kind of people we are. We recognize what we do says something about us and that influences what we do. This is called a self-standard.

And it’s one of the forces at work in our latest set of TV ads for the Howard County Unsweetened campaign, which focuses on real people on Howard County, MD, who are respected for how they treat and related to young people:

Instead of telling people how much sugar is in a sugary drink, we are showing them people they respect keeping sugary drinks (including sports drinks) away from kids. We don’t tell people what to do. We just show them what good people are doing.

It’s the kind of approach that seems to be working based on the Howard County program's results to date recently written up in the Baltimore Sun.

I’m a strong believer that there is no hard and fast solution to everything. In fact, in our HoCo Unsweetened campaign above we have certainly used some more traditional “tell” tactics. Emotion won’t always be the solution. But if the non-conscious is driving 95% of our decision-making, it certainly deserves a look. 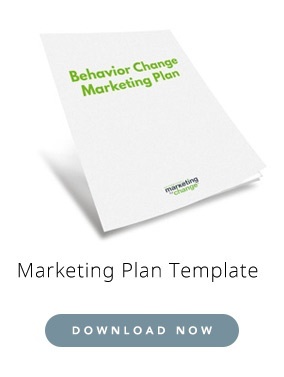